Most of what I cook gets wrapped at some point in the cooking process. Ribs and pork butts get wrapped in foil; brisket gets wrapped in butcher paper. Wrapping a brisket in foil has been derisively referred to as “the Texas crutch,” because it helps a long-cooked brisket turn out better and keep from drying out in the last stage of cooking. Strangely, in the serious barbecue community it’s looked down upon almost as cheating, despite the fact that it helps many people make better brisket than they would otherwise. Even some pros use it on a regular basis, so I don’t exactly see the evil in it. The idea is that at a certain point, the meat has absorbed all of the smoke it’s going to or all of the smoke it needs, but it’s not yet done cooking. This is the moment when I wrap. The meat then continues cooking in a sealed environment until it’s done internally. Technically, at this point you could remove the meat from the smoker and continue cooking it in a conventional gas or electric oven, but we just throw it back on the smoker, which is already at the proper temperature.
<snip>
Early on in my career, I found that I liked the way a brisket cooked in butcher paper better than in foil. Whereas foil creates a fairly hermetic pocket, the butcher paper still allows a bit of interchange with the outside environment. Because of this breathing, using butcher paper is a blend of using foil and not wrapping at all, a happy compromise that works really well for me. There’s a time and a place for foil, however. If you have to cook something that’s really lean or you need to speed something up, use foil with caution. It’s a trick to have up your sleeve. I might wrap a brisket in foil if it’s an especially lean one. A lesser grade with little marbling needs every bit of its moisture conserved, so I’d wrap that in foil and probably wrap it quite early. For richer cuts, it’s not as important to seal it up as soon, as they have ample moisture, thanks to all of the intramuscular fat of the marbling. 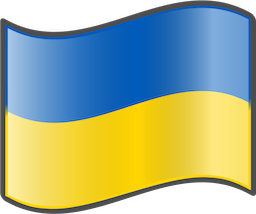